This historical section comprises a history of the village going back to Roman times, historical ledgers from the Parish Council of the 1880s, a list and maps of the ancient monuments in the Parish.

There are some old pictures of the village in the early part of the 20th century in a separate section.

Rights of Way are also in a separate section.

The history of the Parish Church of St Peter & St Paul is in the Church section.

History of the Village from Roman Times

Prior to the Roman invasion the site of Great Casterton was part of the territory of the Coritani. The majority of the area was covered by forest, but there also may have been small farmsteads around.

The Roman incursion occurred around 43 to 47 AD and in the first century AD a fort was constructed to guard the crossing of the river Gwash. Its position some distance from Ermine Street suggests that this was its primary function.

As often happened with military forts a settlement grew up outside and was well established during the fort's occupation. The settlement would have had traders who supplied the fort with goods etc. required by the garrison as well as being occupied by the soldiers' unofficial wives. The local tribe appear to have become closely intertwined with the Roman garrison and certainly the majority of the population from stem from the local Coritani tribe. It is deduced that this settlement flourished and it is known that the rampart bank was built on the remains of earlier settlement buildings.

During the end of the second century and the beginning of the third century the town wall was built, which from evidence from excavations was 2.10m wide at its base with the 6.50 wide ditch in front of the wall.

The town defences were altered in the fourth century, the ditch filled in and a larger one dug further out at a distance of 8m from the new wall. The remains of this ditch can be seen today from the Ryhall road. The dimensions are some 18m wide by some 3.3m deep. Rectangular bastions were added to the new wall and were used as mounts for artillery which could project stones and iron tipped bolts. It is assumed that the bastions would have been roofed over to keep the artillery pieces dry.

The buildings within the town were simple structures, the majority being constructed of wood and mud. Large stones, some moulded, have been found in excavations and are assumed to be from the town wall and bastions, but may well have been part of early buildings robbed for the construction of the wall, such as major tombs etc.
The town had an enclosed area of some 18 acres. Excavation has revealed the most interesting building within the town discovered to date to be a bath building of a mansio (coaching inn) at the southern end of the town. The town itself had no regular grid system for the streets apart from Ermine Street which was diverted through the town.

It has been suggested because of the possible existence of these buildings that Great Casterton may have been a posting station, however further excavations to prove this theory have not been possible.

In 1959 to the north of the town a Roman Saxon burial ground was partially excavated and in addition a smelting kiln was uncovered. Some of the later burials were found to have been cut into the counterscarp of the bank of the town defences. A large part of this burial ground was further excavated in 2004 and then destroyed by a housing development. It is possible but not proven by excavation that the burial ground may extend to the site now occupied by the Plough Inn.

A villa or farm house was built in the fourth century AD a quarter of a mile outside the eastern defences of the town. The town and villa were occupied well into the fifth century AD.
From 550 AD onwards Anglo Saxon invaders from the continent started to colonise and interrelate with the local British population. Little is known of this period of history in this area; however Leicestershire and Rutland were part of the Mercia sphere of influence which lasted up to about 872 AD.

From 872 up to 877 the Danish conquest was in progress and eventually the village would have been under Danelaw. By the end of the 9th century Ceolwulf was the puppet king of the Danes, ruling Mercia. Between 917 and 918 AD the English regained the territory from the Danes, however current research concludes that the area we now know as Rutland was on the whole avoided by the Danes.

During this period the town of Great Casterton went into decline, the Danes founding their own town in what is now Stamford. The Doomsday Book of 1085 lists Casterton as part of the Royal Manor, the area around the village being mostly forest and agricultural land. From this time up to the Black Death in 1348 there was a rising population in this area; however Great Casterton remained an agricultural village flanking Ermine Street which was to become the Great North Road in modern times.

In 1522 King Henry VIII undertook a military survey. Great Casterton at this time was reasonably prosperous and still being referred to as a town. The local chief lord being John Hussey knyght he having available for service with the King twenty one Bill men.

The landlords of the village from 1600 onwards were the Brownlow family. By the late 19th century the land in and around the village was owned by the Burghley Estate (Cecil family).
From this time onwards to the present day the village has remained predominately a farming community, with the Great North Road which became the A1 passing through the centre. From the 1950s onwards the village developed into a school based centre with the building and expansion of the primary school and the community college.

Copies of some of the original documentation for the setting up of Great Casterton Parish Council at the end of the 19th century are below. 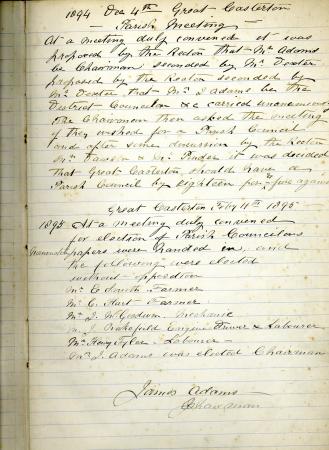 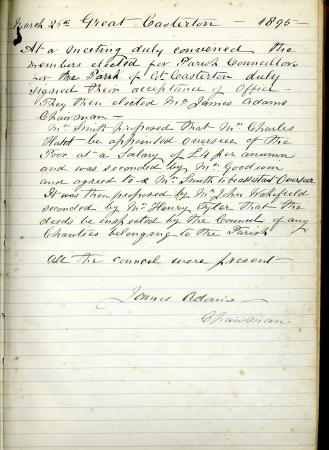 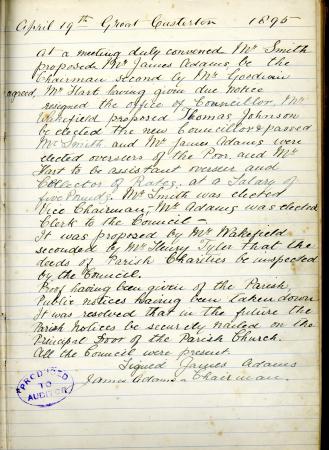 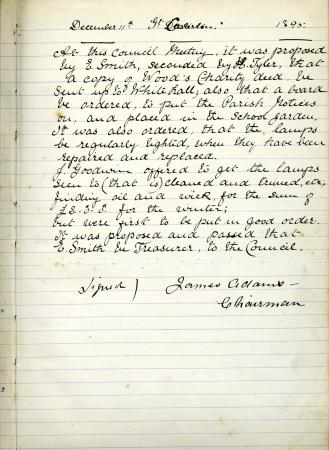 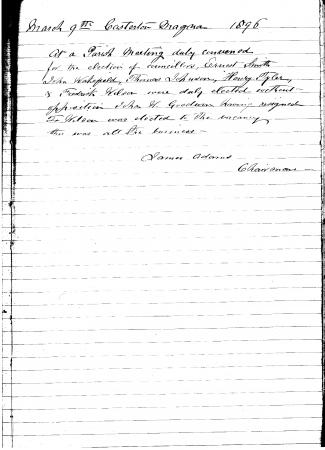 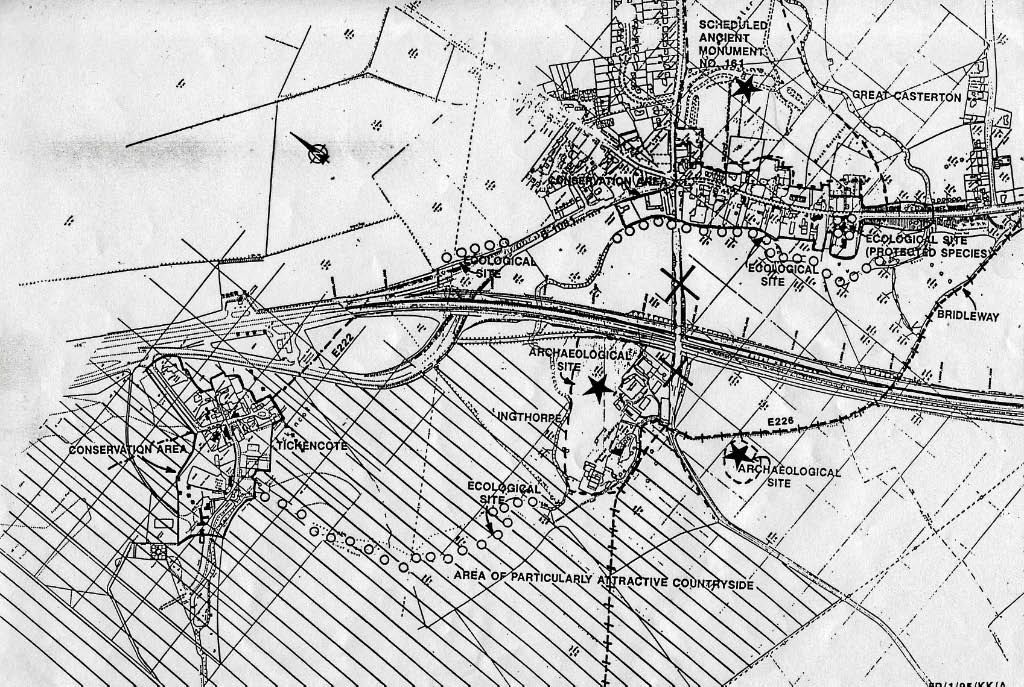